“Find students who is wearing glasses.”

You want students to be involved, so how can you reach out to the shyer, quieter students? Getting shy students to talk can happen with ESL games.

There is less speaking involved, but students will have to pay attention, understand what is being said, and interact with the class. Have everybody begin in a big circle. The teacher calls out:

Everyone runs to grab the hand of a person wearing glasses. Assuming each student has two hands, only two people can be partnered with each glasses wearer.

Whoever is left without a hand to hold stands in the middle. The youngest students of the middle group must now call at the next turn. Possibilities are endless! Find a person who:

The teacher can have a prepared list of finds or can ask the students to make up their own.

The shy person either must be quick to follow the English instructions or find themselves in the middle, where must take a turn at calling out the next “Find a Person.”  Either way, all students are engaged.

Don’t worry about the more vocal students taking over. Every student gets to be the leader and judge in this game. If you’ve played the game Balderdash, you’ll recognize Dictionary.

Divide your class up into groups of five or six. If your class has fewer than ten students, you might be able to play with everyone at once.

Give each group a packet of sticky notes and the biggest dictionary that you can find. You can also create your own advanced vocabulary list for the class to use.

For each group, select a leader and a judge. You can pick the most shy students to steer the group. The leader finds a word in the dictionary (or vocab list) that he or she does not believe anyone else knows. The leader writes the correct definition of the word on the sticky note. Then, he or she spells the word out loud, and everyone except the judge will write the word down.

The leader collects all the definitions and hands them over to the judge. The judge reads each definition out loud. If your judge has a flair for the dramatic, all the better.

After reading all the definitions, the judge decides which definition he or she thinks is correct.

Here’s a rundown of how this might play out this game for students:

The leader picks the word “sundry.” She tells all the players the word and spells it for them.

The leader writes the correct definition on her note, “miscellaneous.”

Another player thinks about literal meaning and writes, “wet clothes left outside.

Another player guesses and writes, “popcorn.”

Another player decides to be silly and writes, “lying to your teacher.”

The leader mixes up the definitions and hands them over to the judge. The judge reads each definition out loud, and if all goes well, everyone gets a good laugh out of this. The judge in this case decides he likes the “wet clothes left outside” definition. The leader awards the player who wrote this definition with the candy and explains that the correct definition is miscellaneous.

The roles switch up and the judge becomes leader in the next round.

Play as many rounds as you can so that every student has a chance to be the judge and the leader.

The nice thing about Dictionary is that you can adapt to most English learning levels. And students who are shy about speaking out loud in class may be more comfortable in these smaller groups.

Don’t want to produce waste with your games? Now you can make use of all the candy wrappers you have left over from Dictionary.

Get as many different kinds of candy as you have students in class. Make sure it’s candy that they’re familiar with. Tape the wrapper to each student’s back and put the students all in a circle.

The first player stands up and turns around so everyone can see the wrapper. The player can ask the group yes or no questions to get clues, for example:

It’s up to you as the teacher to decide how many questions the player can ask before having to guess name of the sweet treat.

This game works very well with upper beginning and intermediate students, and students of all ages generally like candy. Because all students participate, your shy students cannot hide. The game, however, is simple and fun so they may relax and enjoy it.

You can combine this ESL activity with a lesson on polite ways to ask someone to repeat a question.

This is the classic truth or dare game with a slight twist which makes it ideal for language learning. Students will have the choice to pick whether to answer a personal question, a truth, or to do something silly, a dare.

The key here is to pick student-friendly options. Write down on small strips of paper dares that most students probably would be willing to do and questions most would be willing to answer. You can adapt the statements using vocabulary and grammar at the level you’re teaching.

You can really have fun and dare the students to act out one of the animals or their favorite scene from Hercules.

Again, both the truths and the dares can be adapted to the age and English learning level of the students.

Take the strips of paper with the truths and dares and put them inside flat balloons.

Blow the balloons up and scatter them around the room. You may want to have the truths in red balloons and the dares in blue balloons. Or, you can have truths and dares all mixed up.

Once class starts, students picks a balloon and pops it to reveal the truth or dare.

You may want to start the game with your more outgoing students. Don’t let your shy students be last – that only increases their anxiety while waiting for their turn. Call them out to play around the middle of the class list.

This game lets advanced English students who are shy do something they may be more comfortable with: self-deprecate.

You’re going to have mock election for mayor in your classroom. But, explain that it’s a job nobody wants. Each student must convince the class that they should NOT be mayor and why.

You may need to go first just to show the possibilities, “I would hate to be mayor. Do not vote for me. I do not like to be around smelly, old citizens. Children are noisy. Who cares about education?” And, on and on.

The winner is the one who comes up with the best reason not to be mayor. Which candidate would make the most horrible mayor? You may want to hold a vote to select your “not mayor.”

This game requires both higher English ability and an appreciation of irony.  But if your class has both, this game may get shy students to take risks and even be a bit silly. Rather than have everyone go to the front of the classroom to speak, the intensity for shy students may be lowered by having everyone stand up at their desk instead.

This game is fun to play in conjunction with advanced vocabulary on words beyond the basic “good” and “bad.”

Here’s a game that can be played with beginning English learners. This game works best with about 8-10 students, so if you have a large class you will want to divide them up.

One student volunteers to be “it” first. Again, your more outgoing students can start the game off because everybody is going to end up playing eventually.

“It” is sent out into the hall or somewhere out of earshot.

You start out as the game leader. Pick a body part, type of clothing, common person or common object. Possibilities might include:  shoes, mouth, car, mother, teacher or ring.

“It” comes back into the room and tries to figure out what the object is.  All the other players have to keep their hands in their lap to keep from pointing. To do this, “It” goes around and asks each student, “How’s yours?” The student replies in two or three words.

Once “It” has gotten an answer from each student, “It” must guess what the object is.

Now, “It” becomes the game leader and a new student is “It.” Pick the shy students early on so they can play more confidently after they have had their turn. 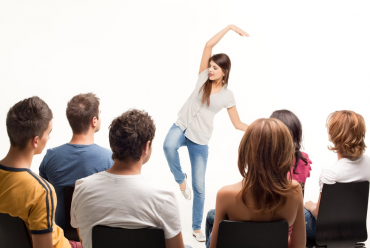 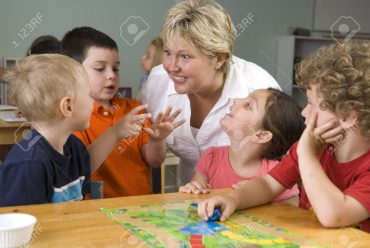 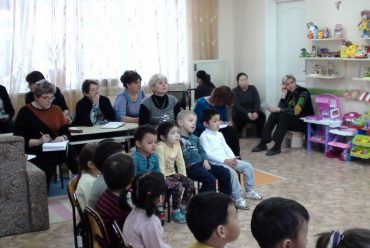 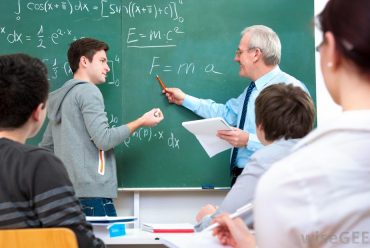 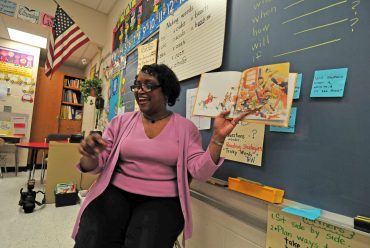 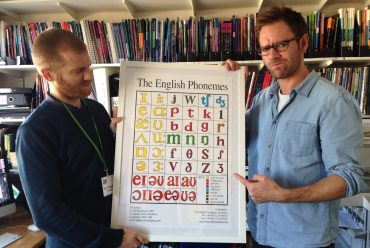 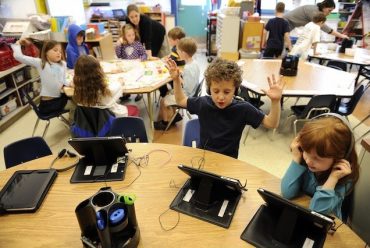 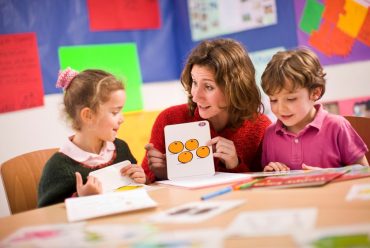